Project finance opportunities in much of Latin America’s oil and gas space are promising, but corruption-embattled Brazil and its heavily indebted state-owned energy company Petrobras may serve as a cautionary tale for Mexico and other countries eager to develop the sector, heard delegates at Latin Lawyer’s 8th Annual Oil & Gas Conference, held last week in Mexico City.

Trump may be good for LatAm's energy space

President Donald Trump's deregulation efforts will have little impact on oil and gas investment in the US and any production gains they do produce could benefit rather than harm the country's big export markets, especially Mexico, agreed panellists speaking at Latin Lawyer's 8th annual oil & gas conference, held yesterday in Mexico City.

Oil prices between US$50 and US$60 per barrel will draw foreign businesses to invest in Latin America’s oil and gas space, but regulatory inefficiency may divert investment outside the region, delegates heard at Latin Lawyer’s 8th Annual Oil & Gas Conference, held earlier this month in Mexico City.

Despite the liberalisation of Mexico’s energy sector, the country’s proximity to the vast US refining network means there are few investment opportunities in building refineries, heard delegates at Latin Lawyer's 8th annual oil and gas conference, held last month in Mexico City.

Carlos Solé serves as co-chair of the firm’s Latin America practice and concentrates his practice on domestic and international corporate and finance transactions, with a particular focus on the energy industry. Mr. Solé represents clients in the structuring, negotiation and documentation of a diverse range of energy-related project development, merger and acquisition, financing and commodity sales transactions in the natural gas, petroleum and power sectors.

Cross-border international transactions with emphasis in Energy, Power Generation, M&A’s and Joint Ventures. International commercial arbitration, acting in a wide variety of commercial disputes, under the auspices of the ICC, the AAA’s International Centre for Dispute Resolution and the Center of Commercial Mediation and Arbitration of the National Chamber of Commerce in Mexico City. Alternate Representative for Mexico in the Commercial Dispute Consulting Committee created under the North American Free Trade Agreement.

10.15: Session one: What does the Trump administration mean for the energy sector in Latin America?

America’s 45th president has promised to increase US oil and natural gas production by expanding access to federal land. Donald Trump wants to lessen what he sees as a regulatory burden on the US energy sector to promote increased production levels. What risks and opportunities does a Trump presidency pose for Latin American energy?

Volatile oil prices have had a negative impact on hydrocarbon-rich states across the world. With the price of oil half what it was a few years ago, some upstream and midstream projects simply no longer make financial sense. Meanwhile, some of the biggest anticorruption investigations taking place in Latin America centre on oil and gas companies. What does the uncertain price of oil mean for investment in Latin America’s oil and gas infrastructure? And what other specific challenges and opportunities do oil and gas-producing countries face?

13.00: Session three: The new paradigm for the downstream sector and the gasoline market in Mexico

With Pemex’s monopoly no more, how well will Mexico’s state-owned energy company fare now it has to compete against incoming foreign competition? The removal of fuel subsidiaries means gasoline prices are dramatically rising in Mexico, attracting interest from foreign investors. But building refineries from scratch is a tall order – especially when prospective investors know all the infrastructure is in place already over the US border. How can Peña Nieto convince investors to come to Mexico?

This panel examines the latest trends in project finance, an area intertwined with the energy sector. Brazil’s political and economic crisis has changed the way companies think about debt, prompting some borrowers to restructure credit agreements funding oil and gas projects. In Mexico, foreign investment is fuelling an unprecedented expansion of the pipeline network. Meanwhile, governments in Colombia and Peru are prioritising big spends in transport infrastructure improvements.

This open session invites the auditorium to analyse recent political changes and their impact on oil and gas. Antitrust developments across the region mean Latin America’s energy sector looks very different to the way it did just a few years ago. Mexico, Argentina and Brazil have all passed new legislation encouraging private investment in their energy markets. The panel will feature updates from all three – as well as insights into other developments changing the face of Latin America’s energy space. Delegates are invited to submit their questions to the panel.

17.40 onwards: All delegates are invited to attend a drinks reception kindly hosted by Norton Rose Fulbright 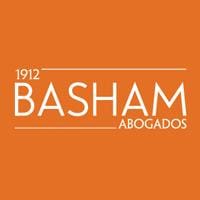 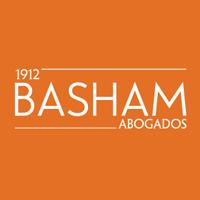