Joy Gallup is a partner in the Latin America and Corporate practices of Paul Hastings and is based in the firm's New York office.

Michael Fitzgerald heads the Latin America practice group at Paul Hastings and is based in the firm’s New York office. Mr. Fitzgerald was one of the first U.S. lawyers to focus on corporate finance work in Latin America and his first-mover advantage has led to his numerous representations of a wide range of international and domestic underwriter and issuer clients in debt and equity financing transactions, merger and acquisition activities and lending transactions. He has been recognized as a Top Innovative Lawyer by the Financial Times, one of The American Lawyer's Dealmakers of the Year and most recently received the annual Outstanding Achievement award by the International Financial Law Review. Mr. Fitzgerald is also recognized as a band one leading lawyer by Chambers USA, Chambers Global, and Chambers Latin America; and is recognized by Legal 500 US as one of the leading lawyers in the U.S. for Global Offerings and other corporate financings. Mr. Fitzgerald is a thought leader on a variety of issues involving international financial markets and has authored numerous articles and presented seminars on related legal and business challenges and opportunities.

On 1991 he started his career in P.M.I. Comercio Internacional, S.A. de C.V. (Pemex’s international trading affiliate), where he served as Lawyer, General Counsel and Commercial Manager of Petroleum Products.

On 1997 he was appointed Vice-president of P.M.I. Holdings North America Inc. (PMI’s Affiliate in the U.S.) where he was in charge of developing and negotiating Pemex’s international strategy to support the production growth of Maya crude from the Cantarell field.

On 1999 he was appointed President of PMI Holdings North America, in charge of the liaison office for North American customers and Pemex’s Joint Venture with Shell Oil Company at the Deer Park Refinery.

On July 2001 he returned to PMI Comercio Internacional, as Crude Oil Commercial Director in charge of all Mexican crude oil exports to the international market with a mandate to maximize the value of said trade.

On April 2010, Bernardo de la Garza took a new responsibility as Pemex Refinación’s Assistant Director in charge of production where he oversaw a profit improvement program at Pemex 6-refinery system.

On March 1, 2012, Bernardo de la Garza, took an early retirement opportunity offered by Pemex and continues working as legal and technical advisor in the energy business.

Mr. Espino heads the litigation area of ​​the firm and specializes in civil, commercial and administrative litigation. Before joining the firm, Mr. Espino had an outstanding career at Hegewish Abogados S.C. and Rocha & Ambrosi S.C. to then consolidate his own boutique Law Firm: Espino y Gutiérrez, founded in 2004. He is currently also a professor of the Postgraduate Course in Commercial Law of the Escuela Libre de Derecho.

Fulvio Italiani is considered one of the leading M&A and corporate lawyers in Venezuela. He has participated in most of the significant acquisition, financing and oil and gas transactions taking place in Venezuela in the last years.

Jake represents sponsors, issuers and investment banks in their public and private capital raising activities. He advises clients across a range of industries, including real estate and real estate investment trusts (REITs), FIBRAs, specialty finance, energy, infrastructure and hospitality. Since 2010, Jake has participated in more than US$8 billion of capital raising transactions, including IPOs, follow-on equity and debt offerings, pre-IPO financings, 144A and Regulation S offerings and other private placements.

Joel Bastos has vast experience acquired in the largest and most complex debt restructuring in Brazil, having advised debtors, creditors and investors in the restructuring of debts, court-supervised as well as out-of-court reorganizations and bankruptcies.

John Singh is a Partner in the Restructuring and Special Situations Group at PJT Partners, based in New York. He has advised companies, boards, creditors, and sponsors on a wide range of completed transactions, including mergers and acquisitions, special situation financings and restructurings. Prior to joining PJT Partners, Mr. Singh was a Vice President in Blackstone’s Restructuring & Reorganization Group and a buy-side fixed-income analyst at JPMorgan. Mr. Singh is a frequent panelist at conferences and speaks at various schools on restructuring-related topics.

Lisa Schineller is Managing Director for S&P Global Ratings. Lisa is a Lead Analyst in Sovereign and International Public Finance Ratings for the Americas, and responsible for sovereign analysis covering key credits such as Argentina, Brazil, and Mexico. She also covers a number of multilateral institutions, such as the International Bank for Reconstruction and Development and the International Development Association. She coordinates with analysts regionally and globally on Government Related Entities across the region. Lisa also served as S&P Global Ratings’ Chief Economist for Latin America, part-time for five years through 2013.

Luis was the Senior Economic Adviser and Spokesman to Jose Antonio Mead´s Campaign for
President of Mexico during 2018. He served as Chief Economist at the Ministry of Finance (MoF)
overseeing the successful fiscal consolidation process of 2015-2018. Luis served as a career civil
servant for over 15 years working at the MoF on Financial Sector Development and Stability, Energy
Policy and Pension Reform. He chaired the boards, credit and human resource committees of the
Mexican Development Banks with a portfolio of over 81 billion dollars. He was elected Vice-President
of the Economic Policy Committee, the foremost policy setting body of the OECD, in 2017.
Close

Advises domestic and foreign clients in mergers and acquisitions and private equity funds . Its activities also include the representation of investors, creditors and debtors in complex debt restructuring operations. He was a lawyer in the New York office of Skadden, Arps, Slate, Meagher & Flom (USA).

Michael Cox is Global Head of the Seabury Corporate Advisory practice (now part of Accenture). Mr. Cox’s career specialty is the airline industry, having been Vice President and Treasurer of Continental Airlines for 11 years from the mid 1980’s to the mid 1990’s. He is also one of the original partners of Seabury Group, a boutique aviation-oriented advisory firm and investment
bank. At Seabury, Mr. Cox has advised numerous aviation clients around the world on turnaround/restructuring issues, including many North American airlines and helicopter operators that went through the Chapter 11 process
such as US Airways, Northwest Airlines, Air Canada, American Airlines, Frontier Airlines, CHC and Waypoint Leasing.
Close

Mr. Heather has more than 40 years of experience in banking, restructuring,
mergers and acquisitions and international arbitration. Prior to returning to
his current position as a result of the merger of Heather & Heather into Ritch,
Mueller, Heather & Nicolau, S.C., he was a partner in a major NY law firm,
where he headed the Latin American insolvency and restructuring group.
In Mexico and the US, Mr. Heather has published many articles and reviews
on legal and financial topics, and has co-authored the treatise Regulation
of Foreign Banks. He is a board member of several leading corporations
and Mexico’s second largest bank. Mr. Heather is a founding member of the
International Insolvency Institute, of the American Bankruptcy Institute and
a fellow of the American College of Bankruptcy.
Close

Mr. Graulich is a partner in Davis Polk’s Restructuring Group. He has substantial experience in a broad range of domestic and international restructurings, including the representation of public and private companies, agent banks and lenders, acquirers and hedge funds in connection with pre-packaged and traditional bankruptcies, out-of-court workouts, DIP and exit financings, bankruptcy litigation and Section 363 sales.

Tomás Allende is a partner at Beccar Varela, where he leads the Private
Equity Department. His practice areas include private equity, M&A, lending,
investments, and corporate governance. He has participated in complex
multijurisdictional fund structuring and been involved in several M&A
and financial transactions throughout the region. Tomás obtained his law
degree from Universidad Católica Argentina (1997) and his LL.M. from Duke
University (1988). He worked as foreign associate at Shearman & Sterling
(2000-2001) and as intern at Hughes Hubbard (1997). From 2008 to 2016,
he served as Chief Regional Legal Counsel for Latin America for The Rohatyn
Group.
Close

President Andrés Manuel López Obrador has put Pemex front and centre of his energy policy despite it being the most heavily indebted oil company in the world. Local and international investors – already concerned by the government’s willingness to scrap major projects – are now worried about Pemex being bailed out. With Mexico already suffering lacklustre economic growth, is a credit downgrade immanent and what does this all mean for the restructuring market?

Heavily litigated restructuring cases have been on the rise in Brazil and Mexico. This panel will analyse which method gets the best results in which jurisdiction, along with the pros and cons of cross-border restructurings involving Chapter 15 proceedings. Speakers will also investigate what impact recent jurisprudence has had in the insolvency arena and discuss the latest structures for reducing creditor risk.

Back in 2014, Brazil’s Operation Lava Jato uncovered a huge cash-for-contracts kickback scheme centred on Petrobras. It turned out to be the tip of the iceberg. Brazilian construction companies like Odebrecht have since admitted to graft in 12 Latin American countries, forcing governments across the region to address widespread bribery. This has led major companies to collapse or restructure. What lesson have been learned from these cross-border reorganisations?

Airline restructuring cases carry with them a unique set of challenges. In recent years, big cases in countries like Brazil and the Dominican Republic have brought some of these issues to the fore. Panellists will share best practices, industry trends and take questions from the audience on a complex sector that has been become increasingly prone to financial distress.

The emergence of Juan Guaidó as the leader of a united opposition has brought new hope to those seeking change in Venezuela. Foreign governments have rallied around the new figurehead and the US has ramped up sanctions. Meanwhile, long-running arbitration proceedings face challenges from an alternative government. Is the Maduro administration and state piggy bank PDVSA now close to collapse, or will improving oil prices and powerful allies save it from destruction?

17.45 onwards: All delegates are invited to attend a drinks reception kindly hosted by Paul Hastings 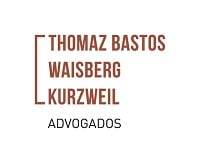 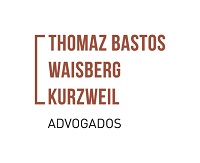 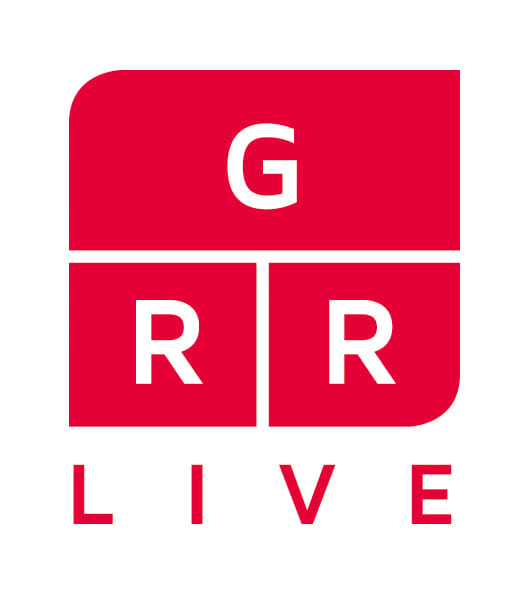 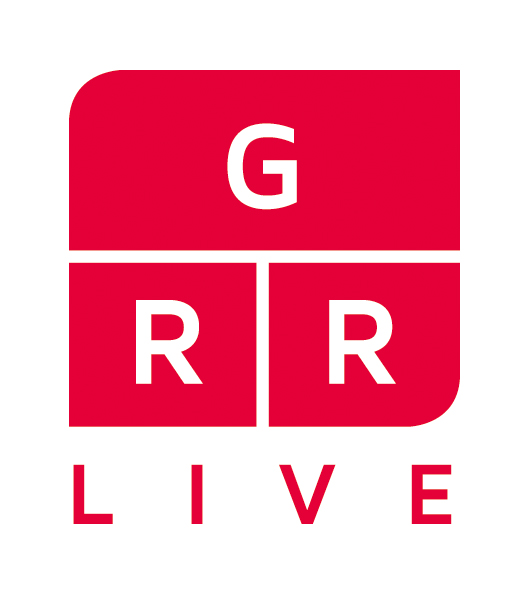